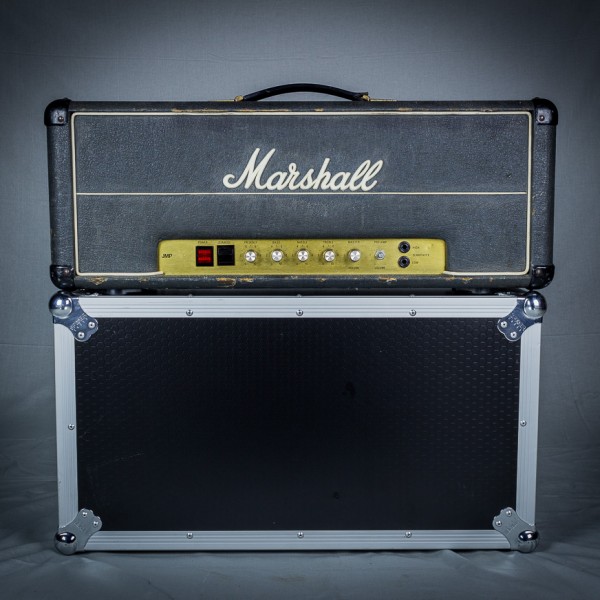 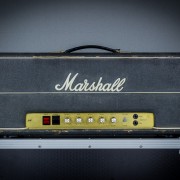 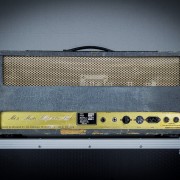 In the mid-1970s, Marshall introduced the “master volume” (“MV”) series, which was initially called the “JMP” (“Jim Marshall Products”). This was in response to the demand for yet more distortion, and many techs had been modifying the amps for years by connecting the two input stages in series rather than parallel as in the original Marshalls. A master volume was introduced to make the volume levels more manageable. Tony Frank, Unicord’s chief design engineer, came up with the idea for a dual-volume-control. This gave the new breed of Marshalls a different voice, more cutting and edgy, which later found favour with players such as Randy Rhoads, Zakk Wylde and Slash. The 1959 and 1987 non-master volume models also continued under the JMP line, but their voicing became slightly harder/brighter during the 1970s.

(below is an excerpt from Solo Dallas The Vintage Marshall Guide)

In 1976, AC/DC launched the international version of the High Voltage album, which actually was a mix of songs from the Australian High Voltage and TNT.

Marshall realised the potential of the new band and decided to sponsor them. When they got into the studio to record the Let There be Rock album, they already had brand new JMP “rocker switch” amps. So… what they used? MV or non-MV? The nasal and overdriven tone is unmistakable. They used the 2203/ 2204 Master Model heads extensively through the years. But also, they still were faithful to the old non-MV circuits So, they almost always mixed them on stage. Powerage, Highway to Hell, Back in Black… up to the Blow Up Your Video… all recorded with amps from this era.